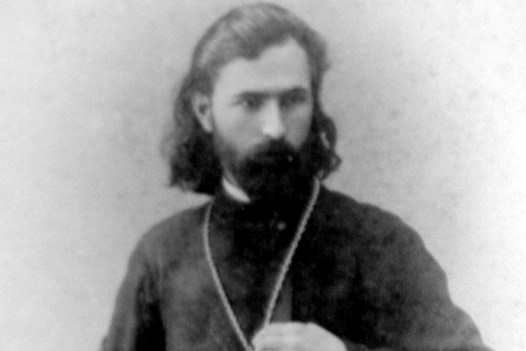 In the spirit of Воскресенье, Russian for Sunday and a literal transition meaning ‘the day Christ was raised’, an Orthodox priest with the zeal of imperial Russia in its entirety had something to say to the Tsar. Father It was January 22nd, 1905, and Georgy Apollonovich Gapon was ‘the man with the plan’ to free the poverty-stricken population from immense repression. Father Gapon “had succeeded in mobilizing thousands of members into his ‘Assembly of Russian Factory Workers'” (Freeze 2009). With him he brought representative members of the peasantry population that made up over 95% of the imperial Russian population. Together they assimilated and “marched to the czar’s Winter Palace in St. Petersburg to make their demands” known. Men, women, children and elders made up the crowd, in hopes of delivering their message to the Tsar, who (unfortunately for him) was not home.

The peaceful demonstration and march to the palace quickly turned bloody when imperial forces were ordered by the Tsar to shoot at the participants to control the crowd, though he himself was not present (Freeze 2009). Many peaceful innocents were killed. This event known as Bloody Sunday in imperial Russian history is the catalyst of many of the succeeding events to occur in the 1905 Russian Revolution, and ultimately the downfall of the Russian empire under the Tsarist regime. After this event “public opinion turned against the Tsar almost as soon as word got out that well over a hundred were dead and many more were wounded” (Freeze 2009). Other groups, unions, and political entities once in hiding out of fear of more repression stepped out in strike, protest, and riot against the regime.

Though there were many actors from many perspectives involved in the civil unrest leading up to and during the 1905 Russian Revolution, the significant act of the Tsar ignoring the petition delivered to him on Bloody Sunday and more importantly allowing his own population to fall at the hands of his military shows the dilemma of imperial Russia at the turn of the century. Many components of state and society collide at this time, that don’t fit and/or function together, leading to further public disruption and distrust the aristocracy and their claim to the empire.

How does a feudal, agrarian economy with an uneducated population fuel industrialized cities with no machinery to aid their own productivity? How does a small, aristocratic monarchy exclusively tied to the orthodox religion  accommodate other ethnic cultures and minorities into society?

The questions above are most simply answered by a single word: Revolution.

3 thoughts on “When the People Came a-Knocking, Nikolai II and His Empire went a-Walking”